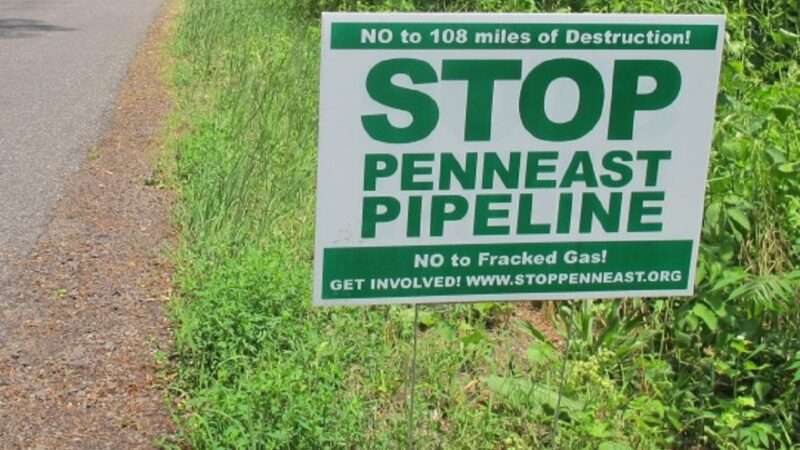 A number of people have asked me what I think about PennEast Pipeline Co. v. New Jersey, an important eminent domain case that was considered by the Supreme Court earlier this week. Normally, when an issue involving eminent domain reaches the Supreme Court, I’m all over it, writing analyses and often filing an amicus brief.  Because current jurisprudence severely under-protects constitutional property rights in a variety of ways, in the vast majority of these cases I end up supporting the property owner against the government.

PennEast is different because the case is only superficially about property rights; the real focus is on the scope of state sovereign immunity from being sued by private parties in federal court. Both sides’ positions rest on highly problematic foundations. So much so that my reaction to the case is similar to Henry Kissinger’s take on the Iran-Iraq War: “It’s a pity they can’t both lose.”

The case arose because the federal government used its powers under the Natural Gas Act to delegate to the PennEast Pipeline Company the power to use eminent domain to condemn property it claims to need to build a pipeline through Pennsylvania and New Jersey. Some of the land PennEast wants to condemn is owned by the state of New Jersey (which opposes the construction of the pipeline).

When PennEast went to court to initiate condemnation proceedings against the state, New Jersey invoked its Eleventh Amendment sovereign immunity against lawsuits by private parties in federal court. PennEast responded by arguing that Eleventh Amendment sovereign immunity does not apply to lawsuits by the federal government, and that in this case PennEast should have the same powers as the feds do, because it is wielding a power delegated by Congress (the power of eminent domain).

While I am not categorically oppose to all uses of eminent domain for private pipeline construction, I do think there must be much tighter constraints on that power than exist today. All too often, state and federal courts allow such condemnations in situations where they are not for genuine “public uses” (as required by the Fifth Amendment Takings Clause and state constitutional equivalents), or not really necessary to build the project in question. In some cases, condemnations proceed even if it isn’t at all clear that the pipeline in question will actually get built. On top of that, state and federal governments routinely undercompensate landowners in eminent domain cases, often denying them even the “fair market value” compensation required by the Supreme Court precedent (which in itself is often inadequate because it fails to take account of the “subjective value” many owners attach to their land, over and above the market price). These problems can be especially severe when the condemnation is at the discretion of a private party, such as PennEast. That can make it even harder to ensure there is a genuine public use, and to guarantee that the land is truly necessary to build it.  I go into many of these issues in greater detail in various previous writings on eminent domain, such as my book The Grasping Hand.

But if the PennEast side of the case is problematic, the same can be said for New Jersey’s side. The state’s position focuses not on constitutional flaws in the use of eminent domain, but on Eleventh Amendment sovereign immunity. In a series of dubious decisions, the Supreme Court has held that the Eleventh Amendment gives state governments immunity against  lawsuits by private parties, with  a few important exceptions such as lawsuits under the Fourteenth Amendment, authorized by Congress.

In reality, the text of the Eleventh Amendment doesn’t give states any such blanket immunity to lawsuits. It says only that “The judicial power of the United States shall not be construed to extend to any suit in law or equity, commenced or prosecuted against one of the United States by citizens of another state, or by citizens or subjects of any foreign state” (emphasis added). That should in no way preclude suits against a state by its own citizens. In this case, at least two of the five firms that make up the PennEast consortium are New Jersey-based. Thus, the Eleventh Amendment should not preclude them from suing New Jersey. But Supreme Court precedent, in its distinct lack of wisdom, holds otherwise.

The principle on which New Jersey bases its position here also blocks a wide range of other lawsuits against states, including many that allege serious violations of constitutional and statutory rights. As one of my law school professors once put it, sovereign immunity is a form of “legalized barbarism,” because it is based on the idea that legal authority ultimately flows from the king (or some other ruler), who therefore  “can do no wrong” under the law. This position is radically at odds with the more enlightened political theory underlying the US Constitution, which holds that ultimate authority flows from the people and their natural rights. Government is therefore subordinate to them, and is entirely capable of both “doing wrong” and being held to account for it in court—a principle established by the Supreme Court in it earliest major decision: Chisholm v. Georgia (1793).

The Eleventh Amendment was enacted as a reaction to Chisholm. But, significantly, the text only constrains lawsuits by citizens of other states and foreign countries. It doesn’t overturn the basic presumptions of the Constitution, beyond that. While space constraints preclude going into detail, I remain unpersuaded by arguments holding that sovereign immunity was somehow embedded in the Constitution even before the Eleventh Amendment, despite the conspicuous lack of any textual reference to it. As Justice James Wilson (who was also a leading framer of the Constitution) put it in his opinion in Chisholm:

To the Constitution of the United States, the term SOVEREIGN, is totally unknown…

In one sense, the term “sovereign” has for its correlative “subject.” In this sense, the term can receive no application, for it has no object in the Constitution of the United states. Under that Constitution, there are citizens, but no subjects. “Citizen of the United states.”  “Citizens of another state.” “Citizens of different states.” “A state or citizen thereof.”  The term, subject,occurs, indeed, once in the instrument; but to mark the contrast strongly, the epithet “foreign”  is prefixed. In this sense, I presume the state of Georgia has no claim upon her own citizens. In this sense, I am certain, she can have no claim upon the citizens of another state.”

As Wilson explains, monarchs and other similar rulers might have a right of sovereign immunity against their “subjects.” But not so a republican government against its citizens.

In sum, PennEast pits broad federal authority to delegate the power of eminent domain to private firms against state sovereign immunity under the Eleventh Amendment. The lower court ruling in this case sided with the latter. But in truth, both are awful, both are antithetical to the Constitution, rightly understood, and both deserve to lose.

Sadly, that is unlikely to happen. In theory, I can imagine a ruling where the Supreme Court rejects New Jersey’s sovereign immunity defense, but also rules that the National Gas Act goes beyond the proper constitutional scope of federal eminent domain power. But that is highly unlikely, especially since the latter issue isn’t really before the Court.

There is one small exception to the general principle that both sides’ positions in this case are awful. As the Institute for Justice outlines in its amicus brief, the Supreme Court should reject the federal government’s argument (which goes beyond that of PennEast) to the effect that federal courts lack jurisdiction to consider “as applied” challenges to the use of eminent domain under the Natural Gas Act. To their credit, both PennEast and New Jersey actually agree the courts do have jurisdiction over such cases, as did the Third Circuit. The Supreme Court, hopefully, will do the same. That point aside, I wish a pox on the houses of both sides in this case.