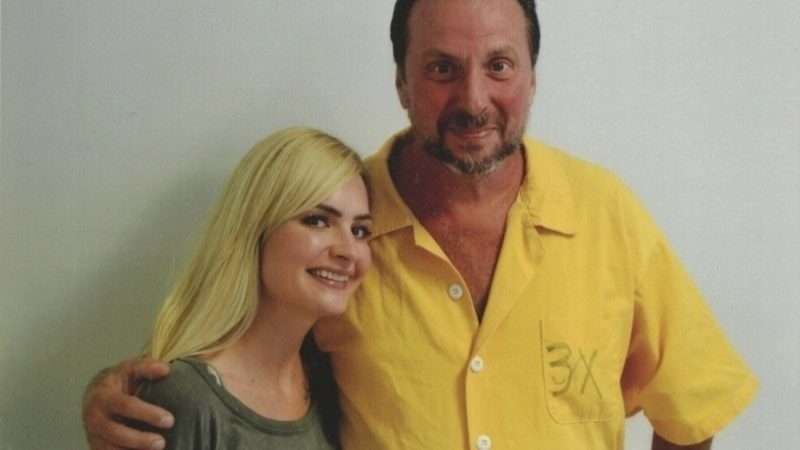 On his way out the door this morning, President Donald Trump approved 143 clemency petitions, including commutations for dozens of nonviolent offenders, most of whom were convicted of violating federal drug laws. The recipients include at least 10 people who received life sentences for nonviolent drug offenses. Among them: Michael Pelletier, who went to prison in 2007 for importing marijuana; Craig Cesal, a first-time offender who was imprisoned in 2003 for repairing trucks that were used to distribute marijuana; and Darrell Frazier, who was sentenced in 1991 for his role in a cocaine trafficking operation.

Trump’s final batch of pardons and commutations, like the previous rounds, is apt to be criticized on the grounds that he chose most of the recipients for personal or political reasons. After Trump announced 46 pardons and commutations before Christmas, Harvard law professor Jack Goldsmith reported that 85 of the 94 clemency recipients up to that point had “a personal or political connection to Trump.” The New York Times says Trump has “made clear his willingness to use his clemency power on behalf of allies, supporters, people he perceives as victims of prosecutorial overreach and people who forge connections to him and his team.” Leaving aside Trump’s blatantly self-interested mercy for cronies such as Roger Stone, Paul Manafort, Michael Flynn, and Steve Bannon (who was pardoned today), I think this sort of criticism is misplaced for several reasons.

First, the focus on Trump’s motivation obscures the crucial question of whether the recipients of commutations received sentences that were grossly disproportionate in light of the conduct that sent them to prison. Whether Lavonne Roach deserved 30 years behind bars for participating in her boyfriend’s methamphetamine operation, for example, has nothing to do with how she came to the president’s attention or why he decided to commute her sentence. “I am grateful to President Trump, Jared Kushner, and Ivanka Trump for their understanding that even in these last moments, how important it was to still use the executive power to bring people home,” Topeka K. Sam, executive director of The Ladies of Hope Ministries, said in a press release. “When you look at a woman like Lavonne Roach—who, after 23 years of incarceration, is now reunited with her children—that’s nothing short of a miracle for a mother.”

Second, Trump seems to have been genuinely moved by examples of unjust drug sentences. That impulse is praiseworthy, even when it is encouraged by celebrities such as Kim Kardashian West, who championed the cause of Alice Marie Johnson, the first drug offender to benefit from a Trump commutation. Johnson was a first-time offender who received a life sentence in 1996 for participating in a cocaine trafficking operation. After Trump commuted her sentence in 2018, he introduced her during his 2019 State of the Union address. She was featured in a 2020 campaign ad and spoke at the Republican National Convention last summer, after which she received a pardon in addition to her commutation.

Third, Trump’s political motive for contrasting his own record on criminal justice with Joe Biden’s long history as a fierce drug warrior does not negate his accomplishments in that area. Even if Trump commuted sentences and supported the FIRST STEP Act based largely on the calculation that doing so would increase his chances of re-election, those actions freed people who did not belong behind bars—in the latter case, thousands of them.

Fourth, the argument that it’s unseemly for Trump to commute sentences in response to appeals from people he knows and trusts can extend to absurd lengths. Thanks to Kardashian West, Trump knows Johnson. Thanks to Johnson, who has tirelessly sought clemency for other nonviolent offenders, Trump learned about many of the people whose sentences he later commuted. Are all of those cases thereby tainted?

Fifth, Trump’s arbitrariness has largely replaced the arbitrariness of recommendations from the Justice Department’s Office of the Pardon Attorney, which he circumvented in making most of his clemency decisions. Johnson never understood why she was not one of the 1,715 federal prisoners who received commutations from Barack Obama, who shortened far more sentences than any other president in U.S. history. It is hard to come up with a rational explanation for leaving someone like Johnson out. More generally, the Justice Department’s clemency review process has been plagued by bottlenecks, understaffing, delays, and inscrutable standards for many years. I’m not sure why Trump’s alleged capriciousness is worse.

It was never likely that Trump’s commutation total would come near Obama’s, which surpassed those of his 13 most recent predecessors combined. But Trump did end up issuing nearly 100 times as many commutations as Obama did in his first term (just one), and his record compares quite favorably to those of George W. Bush, Bill Clinton, George H.W. Bush, Ronald Reagan, Jimmy Carter, Gerald Ford, and Richard Nixon.

Johnson understands that when it comes to winning freedom for people serving draconian sentences, what matters is getting results. “I was once told that the only way I would ever be reunited with my family would be as a corpse,” she said at the Republican convention. “But by the grace of God and the compassion of President Donald John Trump, I stand before you tonight, and I assure you I’m not a ghost. I am alive. I am well. And most importantly, I am free….When President Trump heard about me, about the injustice of my story, he saw me as a person. He had compassion, and he acted….There are thousands of people just like me who deserve the opportunity to come home.”