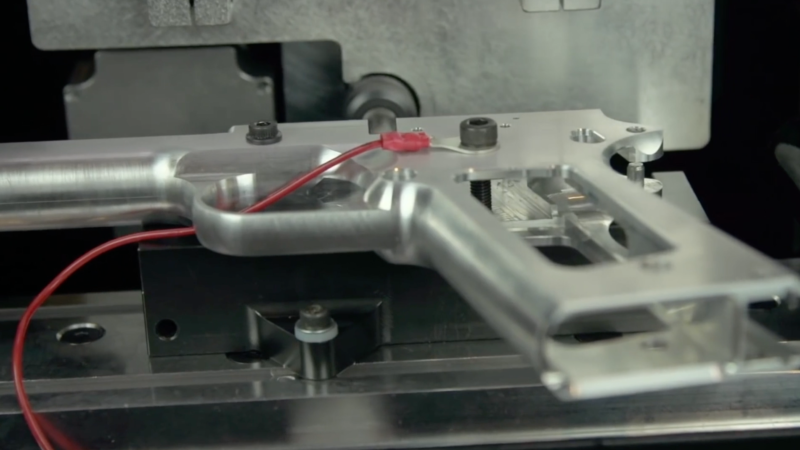 The State Department earlier this week won a lawsuit to prevent 22 states from forcing the agency to reverse its decision to take certain computer files that can be used to manufacture weapons off a list of prohibited munitions that cannot legally be shared with noncitizens.

Defense Distributed, a company dedicated to the promotion, compilation, and distribution of such files, instantly began hosting them at its DEFCAD site as soon as that decision from the 9th Circuit Court of Appeals cleared the way. The decision clearly stated in its conclusion: “Congress expressly barred judicial review of designations and undesignations of defense articles under the Control Act and of any functions exercised under the Reform Act. Accordingly, the district court erred in reviewing the DOS and Commerce Final Rules, and its injunction is therefore contrary to law. VACATED and REMANDED with instructions to dismiss.”

That is, dismiss the lower court’s decision that the states had the power or authority to force the State Department to reverse its decision to take the gun-making files in question out from under International Traffic in Arms Regulations (ITAR) control, and shift them to Commerce Department control under its Commerce Control List (CCL) system. The Commerce Department is also currently not trying to ban distribution of the files.

Then yesterday, the State Department, the very agency that won its legal fight for its prerogative to have taken those files out from under ITAR authority, told Defense Distributed in a phone call to its lawyers that those files were still ITAR-controlled as far as it was concerned—again, after a legal victory defining its power to have taken them out from under ITAR control. Mostly, the federal government still seems dedicated to making life hard for Defense Distributed and its controversial founder Cody Wilson.

Today, Wilson and his company sought a temporary restraining order to stop the State Department from ordering it to once again take down the files.

The State Department’s argument seems to be based on a legal wrinkle regarding when the 9th Circuit’s order to vacate and remand with instructions to dismiss actually equals the official legal dismissal. Wilson thought the 9th Circuit’s command was clear enough, and that the removal of the controls on those files, which happened years ago, could indeed be treated as a legal done deal. The State Department, despite being the entity that originally ordered the removal, is arguing that it still isn’t—despite its victory in court about insisting that it is.

Here’s how Defense Distributed’s legal team explained it in their motion today for a temporary restraining order (TRO) against the State Department: “Defense Distributed’s publication of the April 2021 Files was and is authorized by regulatory changes that, while once the subject of a district court’s nationwide preliminary injunction, were revived by the Ninth Circuit on April 27. No one disputes this decision’s substance. All agree that it protects Defense Distributed’s publication of the April 2021 Files from ITAR scrutiny. The quibble is about timing. Did it take effect already, as the decision itself says; or does it only matter after mandate issues, as the State Department says? The State Department’s hypertechnical delay idea is plainly wrong, as well as too little to justify its actions. This may be the first case ever in which a federal agency that just won an appeal upholding its regulations turns around on political foes to say that those same regulations are not the law.”

Not that the government doesn’t know this—it’s clearly just out to harass Defense Distributed—but there is no meaningful public policy goal to be met by trying to further restrict the company’s First Amendment rights to publish this information, against the State Department’s own policy decision. As the TRO request spells out: “What legitimate end would punishing Defense Distributed serve? None. The cat is out of the bag. After just two days online, total downloads of the April 2021 Files exceeded ~40,000 and users downloaded every single one of the ~16,000 April 2021 Files at least once. Regardless of whether or not defcad.com continues to publish the April 2021 Files, the independent re-publishers that have already obtained the files will freely re-publish them on new site after new site forever. Whatever goals ITAR controls are supposed to achieve cannot possibly be achieved here.”

Today, U.S. District Judge Robert Pitman denied the TRO request arising from “an April 29, 2021 telephone conversation where the State Department told Defense Distributed that its recent publication of thousands of printable gun files violates the ITAR.” Pitman will in May conduct a hearing on a request for a preliminary injunction against the State Department from Defense Distributed in this action. Until then, Wilson says he will follow whatever advice he ends up receiving from his lawyers regarding the distribution of the files.

The moving of items on and off ITAR is largely a matter of presidential discretion, so one can expect the Biden administration to officially re-ban the spread of those files except for one possible wrinkle: ITAR restrictions are not meant to legally apply to data in the public domain, and with these files having always been spread freely by everyone not actively being harassed by the feds as Defense Distributed has been, and having been dispersed by Defense Distributed itself during what seemed like clear legal windows to do so (such as the aftermath of this week’s 9th Circuit decision), a very good case can be made that they can never be made ITAR-illegal again.